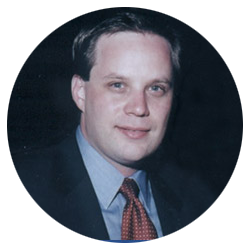 Citrix Systems, Inc. was founded in 1989 with a vision that continues to guide the company today: to simplify information access. This vision has been translated into the Citrix MetaFrame Access Suite an integrated set of enterprise access infrastructure products that provide secure, easy access to comprehensive information resources from any location, device or connection, and simplify management, monitoring and measurement in heterogeneous computing environments. With more than 120,000 customers and nearly 50 million users worldwide, Citrix is the most trusted name in enterprise access.

Established more than a century ago, Nortel Networks has participated in major developments in the evolution of communications networks technology worldwide. Our employees are currently delivering networking and communications services and infrastructure for customers in more than 150 countries, including established carriers, new network operators, leading wireless service providers and enterprises. Leading change has always been Nortel Networks competitive strength. We have transformed and reinvented ourselves countless times, changing from a pioneering telephone manufacturer supplying primarily the Canadian market to one of the world's largest global providers of high-performance, intelligent, value-added Internet and advanced "carrier grade" data networks that provide the quality, scalability and reliability to serve as a new foundation for global communications. Our commitment to being the leader in next-generation network evolution is challenging and futuristic, but grounded in the reality that we currently have one of the best portfolios of products and technologies in the industry.

Our unparalleled expertise supports you with research, analysis, consulting, measurement, decision evaluation, and product and vendor selection. Gartner's value added resources begin with the uncompromised integrity of GartnerGroup's unique intellectual capital and robust proprietary databases, constantly refreshed by hundreds of client interactions and controlled by our rigorous processes and methodologies. Gartner provides end-to-end support throughout the IT decision life cycle — measurement, analysis, consulting, planning and implementation. Join with GartnerGroup to improve your effectiveness, make the best possible IT decisions, cut costs and plan for the future.

WorldCom is the pre-eminent global communications company for the digital generation. Located in over 65 countries, WorldCom offers Internet, voice and data solutions that make your business more productive, secure and cost effective. In many ways, WorldCom is the same company it has always been - a leader and innovator in global communications. We provide services and support of the highest quality. WorldCom's global network is fully operational in the U.S. and internationally. Our network performance continues at the high end of industry standards.

NYNEX Mobile, headquartered in Bedminster, N.J., is the largest wireless service provider on the East Coast and the second largest provider in the United States. The company offers a full range of wireless voice, data, and paging communications solutions to its three million customers in the Northeast, mid-Atlantic, Southeast, and through a separate subsidiary, in the Southwest. The company was formed in July 1995 through the combination of Bell Atlantic Mobile's and NYNEX Mobile's cellular operations. The new company has more than 5,000 employees.

Sony Corporation of America, based in New York City, is the U.S. subsidiary of Sony Corporation, headquartered in Tokyo. Sony is a leading manufacturer of audio, video, communications and information technology products for the consumer and professional markets. Its music, motion picture, television, computer entertainment, and online businesses make Sony one of the most comprehensive entertainment companies in the world. Sony's principal U.S. businesses include Sony Electronics Inc., Sony Pictures Entertainment, Sony Music Entertainment Inc., and Sony Computer Entertainment America Inc. Sony recorded consolidated annual sales of over $56.9 billion for the fiscal year ended March 31, 2002, and it employs 168,000 people worldwide. Sony Corporation of America recorded over $18.5 billion in sales in the U.S. for the fiscal year ended March 31, 2002.